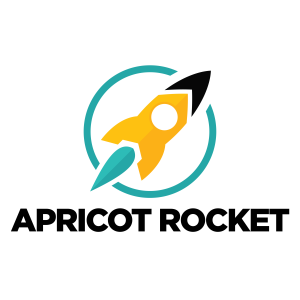 We provide small businesses with a powerful, affordable, and effective customer relationship management and marketing automation capability. In short, we want to make managing data a fun, intuitive, and exciting task.

We know that growing a business can be challenging and we also know that having control over your data is one of the hallmark accomplishments that must be dealt with before a company can become consistently successful. Creating a process to generate potential clients and manage their migration through the sales and marketing process is essential to the growth and sustainability of every enterprise and customer data management is critical to that process.

Apricot Rocket intends to be the best choice for small and mid sized businesses looking for affordable, efficient, and effective marketing automation and customer data management tools. We believe that managing data can be both intuitive as well as fun and exciting and that the greater the degree to which we are able to make data management fun and exciting the more successful you will become in growing your business.

Apricot Rocket, Inc. is a company incorporated in Texas.

Lee Thurburn received a BBA in Accounting from the University of Texas at Arlington in December 1982. He joined Arthur Anderson in the Dallas office. Mr. Thurburn passed the Texas C.P.A. exam in 1984 and opened a public accounting practice with a partner. In 1987, after the death of his Father he sold his interest in the CPA firm to his partner and became the Executive Director of First Eye Care. First Eye Care was a Cooperative Network of Optometrists. Lee was instrumental in the growth of First Eye Care from 7 doctors who owned 6 offices in Tarrant county, to 22 doctors with 19 offices across the DFW area within 12 months.

In 1989 Mr. Thurburn joined Omega Health Systems. Omega Health Systems was a medical services company which built and operated ophthalmic referral networks across the southern United States. Lee spent two years helping to grow the network by visiting well over 200 optometrists and selling memberships in a series of Limited Partnerships that operated referral networks in a variety of communities in multiple states. Based on his extensive experience in the Optometric and Ophthalmic business he wrote and self-published the 220 page book “Modern Optometry for the 90’s: A Practice Management Guide”.

In 1991 Mr. Thurburn returned to UTA to start an MBA program which he completed in 1992. During 1992 he wrote the book “Mexico: The New Land of Opportunity – A Guide to Doing Business in Mexico”. He self-published and sold over 5,000 copies of this 450 page book. In 1993 he started Mexico Information Services and from 1993 through 1994 published 12 issues of Mexican Business Review magazine. He grew the subscriber base to over 5,000 subscribers across the United States. In December of 1994 Mexico devalued the Peso and by the summer of 1995 Mr. Thurburn was unable to keep the business alive.

In August 1995 Lee founded FlashNet, an internet service provider, and by March 16 of 1999 was able to grow FlashNet to become the 13th largest ISP in the United States at the time of the IPO on the NASDAQ under the symbol “FLAS”. Over the approximately 3.5 years of growth the company grew to almost 400 employees, with over 70,000 sq. ft. of space, a national network of over 275,000 dial up customers, and eventually, sold the company to Prodigy in October 1999… six months after the IPO.

Since 2013 Lee Thurburn has been an Adjunct Professor at UT Arlington where he has taught courses in both “Entrepreneurship and Small Business Management” as well as “Business Strategy” (the capstone course in the college of business) to over 2,500 students.

Steve Mangum is a serial entrepreneur who graduated from Texas Tech University in 1979 with  a BBA in Marketing and Management. For the next 13 years he worked in the Retail and Wholesale industries, and then as a Marketing Manager for The Stanley Works (now Stanley Black and Decker). Steve is a Certified Master Practitioner of Neuro Linguistic Programming and has designed, led, or participated in over 3,000 hours of training and seminars. From 1989 to 1992 Steve enrolled several teams of volunteers and trained the leaders of an impoverished community in Venezuela to create their own health care program and within 18 months they had a doctor within walking distance for all 35,000 people in the community. Steve is active in his church and over the last 15 years has led more than 50 separate teams on mission trips into Texas prisons and jails.

Steve has had successful careers in both real estate investing and multilevel marketing. He has developed a consulting practice focused on marketing and communications and as a result has helped clients significantly accelerate the growth of their businesses. His clients have ranged from non-profits, to financial advisors, to immigration attorneys, among others.

Steve’s skills and expertise in communications, marketing, sales, and business development will be invaluable to Apricot Rocket.

Srdjan graduated from the Saradnik School of Mathematics and Technology in 1989 and then spent three years studying Electronic Engineering at the University of Electronics at Nis, Serbia.

Throughout his career Srdjan has developed proficiency in a wide range of software languages and systems, including PHP, Python, Javascript, JSON, JQuery, .NET as well as MySql and Mysqli databases.

Srdjan has been the chief engineer on the development of the Apricot Rocket software system.